History of the Event

The story behind the TGO Challenge

The idea for the Challenge came from the writer and mountaineer Hamish Brown. Having crossed Scotland coast-to-coast on foot himself, he felt that this was a trek that could be accomplished and enjoyed by others within the framework of an organised non-competitive event. Hamish presented the idea to Roger Smith, then editor of The Great Outdoors magazine, in autumn 1979, and it was agreed that the first event would be held in May 1980. 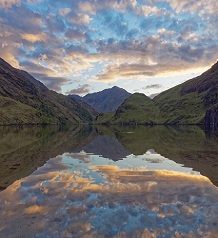 It is a tribute to Hamish’s original concept that the format of the Event has not been altered significantly in following four decades. The organisation has become more sophisticated and technology such as email, mobile phones and GPS systems adopted, but the basic framework remains the same. Hamish was one of five people who completed all of the first ten Challenges. The others were Bill Robertson, Bob Dawes, Ron Reynolds and Dave MacArthur. Bill completed 33 crossings, his last at the age of 84.  This has yet to be matched  though vetter, Graham Brookes, is hot on his heels as he plans to be the second person to complete 30 crossings in 2022.

The Event was originally called the Ultimate Challenge after the co-sponsors, Ultimate Equipment Ltd but in 1992 it became the Great Outdoors Challenge  (or TGO Challenge) as the magazine has sponsored the Event from the outset.  In 2020 Kelsey Media, publishers of TGO magazine, passed ownership of the Event to Scotia Challenge Ltd which is run by Sue Oxley & Ali Ogden who are now in their 8th year as coordinators. They continue to steer the Event through these uncertain times and will act as the Event’s custodians for the foreseeable future.  The Challenge continues to be closely linked to the magazine and continues to bear it’s name.

A full Challenge was not held in 2001, when the outbreak of foot-and-mouth disease led to severe access restrictions. A part crossing from Strathspey to the east coast was arranged.  Covid-19 caused the cancellation of the 2020 TGO Challenge and the postponement of TGOC21 but a smaller social distanced event was held successfully in June.  Encounters with midges has ensured it will return to it’s traditional late May slot for 2022!

The limit on numbers taking part has been raised several times Currently 400 places are offered but each year around 50 withdraw before the Event so approximately 350 set off from the west coast.  In 2004, to mark the 25th Challenge, it was held over three weeks with two waves of walkers starting a week apart. There were 395 starters in total. Numbers will be temporarily raised again in 2022 to ensure all those disappointed in 2020 and 2021 can participate. Up to 2021, a total of 10,139 crossings have been attempted with 8,959 being completed – a remarkable achievement for a remarkable event.

The oldest person to achieve a crossing is Jim Taylor, who completed his 20th crossing in 2014 when he was 91. Sadly, Jim died the following year. There have been a number of 18-year-olds (the lower age limit). We have welcomed over 250 overseas Challengers, from 21 countries including Australia, New Zealand, Kazakhstan, Japan and Barbados.  Many have become regulars and in 2022  our vetter from the Netherlands, Bert Hendrikse, hopes to become the first overseas Challenger to achieve 20 crossings.

The enduring appeal of the Challenge is a tribute not only to the vision of its originator, Hamish Brown, but to the remarkable camaraderie that exists between Challengers and also to the splendour of the Scottish landscape which provides endlessly memorable walking experiences at both high and low level.

What is the TGO Challenge?
Skill, equipment and terrain
FAQ
Dos and don’ts
Challenge History
Meet the Coordinators