2022 will be the 42nd TGO Challenge. The first was in 1980 when participants had 3 weeks to cross Scotland. As only one (Chris Townsend) took more than a fortnight to cross subsequently it has taken place over 15 days in May. In 2001 the UK was affected by foot and mouth disease and restrictions were still in place running up to the Event so it was only possible to run an event from the A9 to the East Coast. The 2020 Event was cancelled due to the coronavirus pandemic but despite ongoing restrictions and the need to postpone the Event by 6 weeks a smaller 2021 TGO Challenge went ahead in June.  The midgies ensured it will go back to May for 2022!

During the 41 full Challenges: 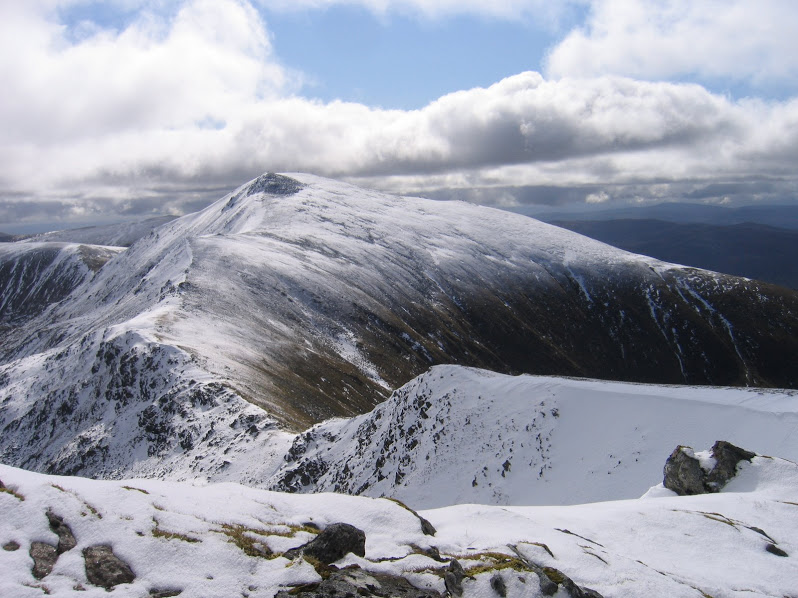 3560 people have completed at least one crossing with around 10% of first timers retiring and never returning. Allowing for those who participated in recent years and may choose to return, around half decided that once is enough! However after a second Challenge you have a 65% of coming back at some point for a third and a 75% of then doing a fourth. By the time you have done nine there is a 96% chance you will come back for your tenth. So beware –  its addictive!  You might think you can resist the urge to fill in the entry form each September but chances are you won’t. 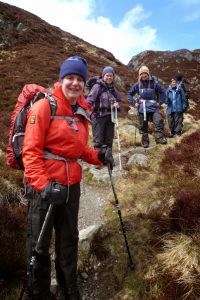 Every year a number of people have to retire from the Event. The commonest reason for pulling out is sore feet or blisters. Not surprisingly the weather has a marked effect especially if bad weather hits near the start of the Event. The highest retirements were in 1983 (17.5%) and 2012 (16.5%) – both years were blighted by bad weather. 1983 was persistently wet and the three inches of torrential rain and gale force winds of “Stormy Sunday” in 2012 will be long remembered by many. Too much sun and heat can also cause retirements but in 2007 the Challenge was blessed with mild weather, sunny skies and gentles breezes and a record low retirement rate of 7%.
There is a perception among some that early Challengers were tougher than the present day crop. This may be fuelled by the fact that total retirements were lower in the earlier years but so were entry numbers. As a percentage 4 out of the 5 highest rates of retirement were in the 80s. So the current bunch should also be applauded for their mental and physical toughness too! 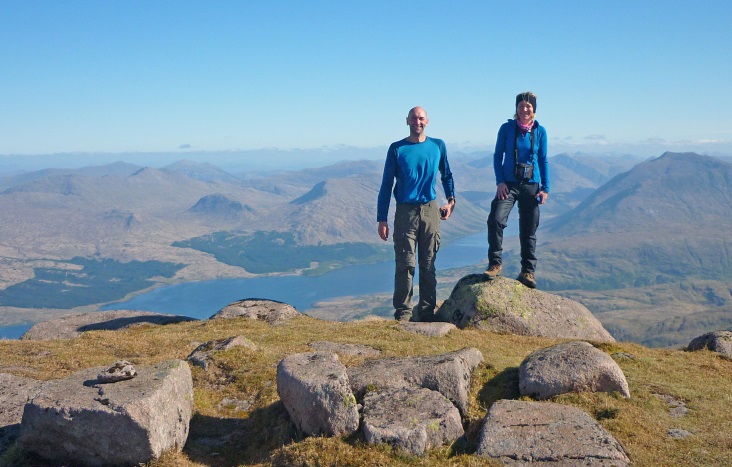 Our oldest Challenger was Jim Taylor who  completed his 20th crossing in 2014 at the age of 91. He walked solo and wild camped every night. Sadly Jim died the following year. He took the record from Jack Griffiths who crossed for the eleventh time in 1990 at the age of 90 and lived to the grand age of 104.
The lower age for entry is 18 and several teenagers have completed crossings. In 2014 we had an age range from 19 to 91 – a span of 72 years which we suspect few other events can surpass. 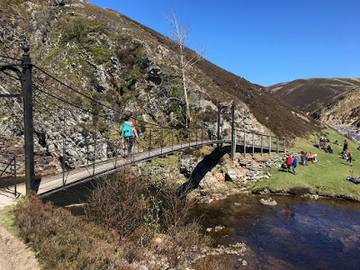 What is the TGO Challenge?
Skill, equipment and terrain
FAQ
Dos and don’ts
Challenge History
Meet the Coordinators